EU, US yet to limit garment imports from Vietnam due to COVID-19

Minister of Industry and Trade Tran Tuan Anh said on March 20th that EU and US authorities have yet to limit the import of garment products from Vietnam.

During a meeting of the Ministry of Industry and Trade (MoIT)’s steering committee for COVID-19 prevention and control, Anh said the recent suspension and cancellation of several orders from the EU and US was merely made by purchasers due to the impact of the COVID-19 outbreak. 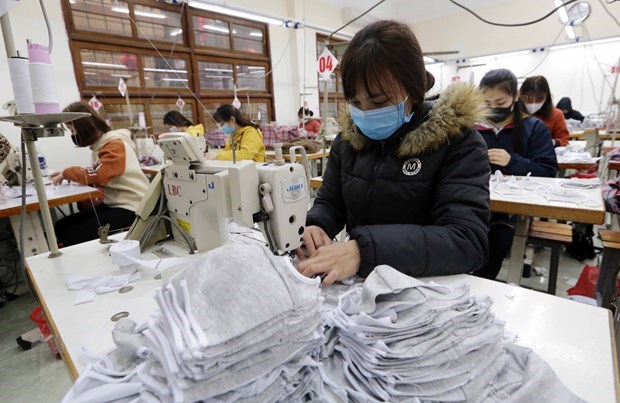 Director of the MoIT’s European and American Market Department Ta Hoang Linh said upon hearing the news, the department held a working session with the EU Delegation to Vietnam and the US Embassy.

The EU officials affirmed the EU’s border shutdown is meant to protect people’s health. Goods and services to the EU, especially necessities such as food and medicine, are still circulating so that the policy is not directly impacting Vietnam – EU trade, he said.

Linh added that due to the closure of retail systems in Europe and the US, necessities such as footwear and apparel have been hit.

He said the MoIT will continue working closely with trade offices in the two markets to offer support to Vietnamese footwear and apparel exporters in the near future.

Director of the MoIT’s Industry Department Truong Thanh Hoai suggested allowing debt payment delay to businesses in the field, as well as boosting exports to China, the Republic of Korea and Japan when the epidemic is under control.

Under any circumstance, he asked the sector to act in compliance with the Government and Prime Minister’s directions.

Data from the General Department of Vietnam Customs showed that Vietnam’s garment exports to the US remained high in the first two months of this year, reaching 2.3 billion USD./.