Addressing the meeting opening on May 11th in Hanoi, Party General Secretary and President Nguyen Phu Trong suggested that each Party Central Committee (PCC) (term XII) member promote the glorious tradition of the Party and nation, raise higher their sense of responsibility, and contribute more for ensuring the success of the meeting. 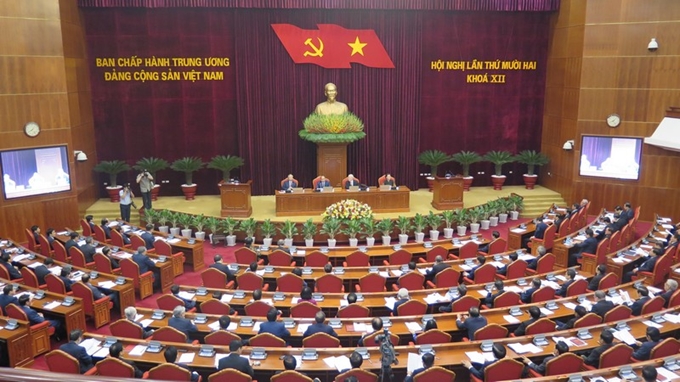 During the meeting, the PCC will discuss and decide on important issues, including personnel for the PCC term XIII, the election of deputies to the National Assembly and People’s Council at all levels term 2021 - 2026; and the quantities and distribution of delegates to the 13th National Party Congress.

Speaking at the event, Party General Secretary and State President Nguyen Phu Trong gave some ideas for PCC members to study and discuss.

Regarding the quantities and distribution of delegates attending the 13th National Party Congress, the Party General Secretary and the State President asked PCC members to discuss the criteria for choosing the delegates, before the Politburo will consider and decide the number of delegates from each Party Committee.

Emphasizing that the PCC’s 12th meeting took place during the country’s celebration of the 45th year of southern liberation and national reunification; 130th birthday of President Ho Chi Minh; and the initial success of the fight against COVID-19, it helped deepen the pride in the glorious Party, great Uncle Ho and heroic Vietnamese nation among the whole Party, people and army.

The meeting will last until May 14th./.