The Military Medical Academy on November 9 held a blood donation program, attracting the participation of nearly 400 cadres and youths in the unit.

Blood donation is a very meaningful activity, contributing to saving other people’s lives. In response to the movement, the academy annually holds the program to collect blood to ease blood shortages at hospitals. Each year, the academy collects nearly 1,000 blood units. 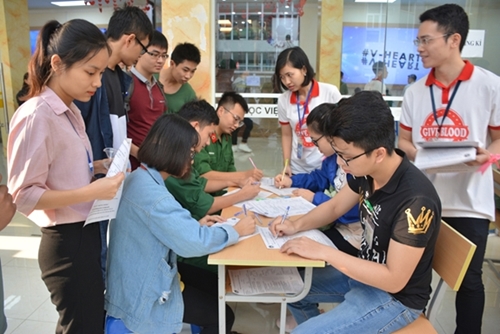 Addressing the event, Major General Pham Duc Tho, Deputy Political Commissar of the academy underscored that blood donation is a noble deed. For the health of the community, young cadres and Youth Union members should actively respond to the blood donation movement.

According to experts in the medical sector, the current blood supply does not satisfy patient needs. In fact, there is a significant number of deaths due to blood shortages for treatment. In order to ease the problem, people throughout the country should disseminate information and raise the public’s awareness of donating blood.