Answering reporters’ queries about the issue on May 8, Hang reiterated that Vietnam has sufficient historical and legal evidence affirming its sovereignty over Hoang Sa (Paracel) and Truong Sa (Spratly) archipelagoes in accordance with international law. 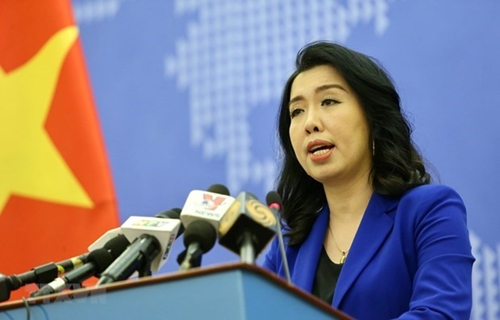 As an East Sea coastal country and a member of the 1982 United Nations Convention on the Law of the Sea (UNCLOS), Vietnam has sovereignty, sovereign right and jurisdiction over its waters as defined in the UNCLOS and enjoys other legitimate interests at sea in line with the UNCLOS’s regulations, she said.

Given the regional and global context at present, Vietnam asks China not to further complicate the situation in the East Sea, she added.