The 2019 Cultural Heritage and Tourism Festival, themed ‘Cultural heritage in integration and development’, will be held in Hanoi from November 21-26.

The event, as part of activities marking the Vietnam Cultural Heritage Day (November 23), aims to promote and honour the values of unique cultural heritages of Vietnam.

One of the highlights of the festival will be an exhibition displaying nearly 100 beautiful photos on the country’s history, culture, tangible and intangible heritage, and the daily life of Vietnamese people. In addition, another 100 photos selected from 3,075 works by over 400 photographers nationwide submitted to the Vietnam Heritage’s competition, will be showcased. 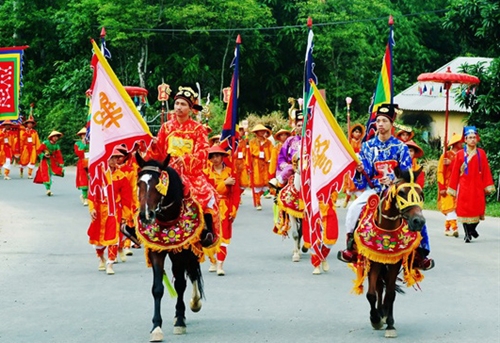 On the occasion, the Vietnam National Museum of Nature will introduce photos on the country’s nature.

A special area will be arranged for provinces and cities around the country to showcase the values of their cultural heritages in the process of tourism development.

Visitors will also have the chance to learn more about the tea culture of Vietnamese people and specialties of different regions in the country.

Several forums and exchange programmes as well as the signing of cooperation agreements among trade villages from Hanoi, Hai Phong, Lao Cai, Hoi An and Hue, are being held on the sideline of the festival.