Bhutanese Auditor General Tshering Kezang has said it was an honour for the Royal Audit Authority of Bhutan to sign a Memorandum of Understanding (MoU) with the State Audit Office of Vietnam to strengthen relations and improve the quality of audit activities of the two countries in the coming time. 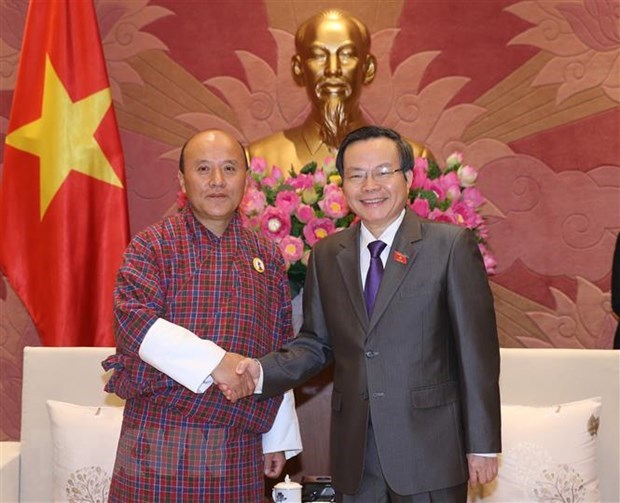 Kezang described the MoU as a concerted effort of the two audit agencies and countries while meeting with Vice Chairman of the National Assembly Phung Quoc Hien in Hanoi on November 12th.

The official said the audit agencies of Vietnam and Bhutan have similar roles and responsibilities in the Asian Organisation of Supreme Audit Institutions (ASOSAI), therefore, the bilateral cooperation will help them have more opportunities to work together and share experience to benefit the community.

Vietnam’s successful hosting of the 14th ASOSAI Assembly in 2018 demonstrated the capacity of the Vietnamese audit sector and set an example for the Royal Audit Authority of Bhutan, he said.

The signing of the MoU will open more opportunities for the two agencies to strengthen their auditors’ capability and share occupational experience in line with international standards, he added.

For his part, NA Vice Chairman Phung Quoc Hien said the State Audit Office of Vietnam will focus on promoting the audit of national key programmes and projects as well as policies related to the implementation of the United Nations’ sustainable development goals in the coming time.

In 2019, the Law on State Audit of Vietnam is being amended and adopted by the National Assembly, he said.

Hien added that the legislature supports the development of multi-faceted cooperation with the National Assembly of Bhutan, creating a favourable legal corridor for cooperation activities of the two countries in general and the two state audit offices in particular./.