In the coming time, the Party Committee and the Chain-of-command of Brigade 242 of Military Region 3 should promote education for troops to raise their awareness of building the unit into a comprehensively-strong unit model.

The request was made by Senior Lieutenant General Phan Van Giang, Chief of the General Staff and Deputy Defense Minister, while inspecting the unit’s mission implementation on November 7.

Last year, the Ministry of National Defense and Military Region 3 tasked Brigade 242 with building it into a model unit. The tasks included embracing higher levels’ instructions while the Party Committee and Chain-of-command of Brigade 242 and its affiliated agencies and units issued resolutions and developed detailed plans and methods to effectively implement assigned missions. Accordingly, the unit focused on carrying out key political missions and paid special attention to addressing existing shortcomings. As a result, the unit’s training quality has dramatically improved while troops’ fitness and mobility have been strengthened. Also, Brigade 242 safely and effectively organized field training exercises. 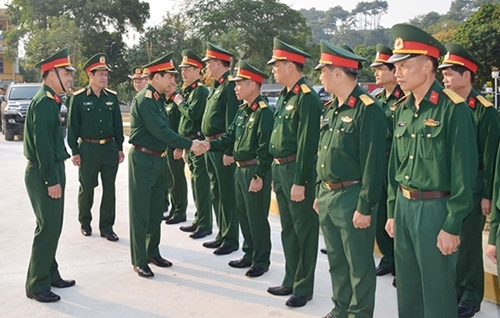 Praising the achievements of Brigade 242 in particular and Military Region 3 in general over the past time, General Giang urged the unit to continue following troops’ thoughts and raise their political stance while improving the quality of training and combat readiness missions, addressing existing shortcomings in managing and building regulations, and honoring outstanding groups and individuals in a timely manner.