Construction of Truong Son Dong road requested to speed up 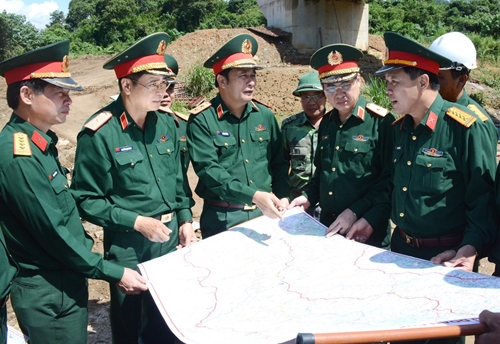 So far, 68 construction packages or nearly 533km out of the total 624km of the project have been implemented. Among them, 54 packages, including 470km of road, two double-function sections of road, one tunnel, and 11 major bridges have been completed.

General Tan and his entourage checked the packages, which are underway or have  been completed, in various localities in Quang Nam, Quang Ngai, Kon Tum, Gia Lai, Phu Yen, Dak Lak, and Lam Dong provinces.

At the meeting after the tour, General Tan highly appreciated the efforts of the Management Board, constructors and relevant units in overcoming difficulties and successfully accomplishing the sub-projects. 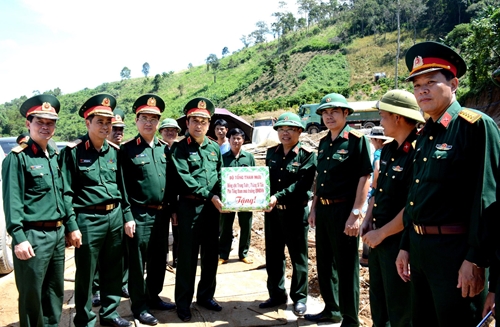 Lieutenant General Phung Si Tan hands over a gift to a unit constructing the road's section in Lam Dong province.

In addition, he encouraged them to try their best to speed up the pace of road construction while ensuring absolute safety for personnel and equipment. He also urged them to pay due attention to the mass mobilization work in areas where the road goes through.