Processes to support identification of martyrs’ remains reviewed and approved

The Scientific Council of the Ministry of National Defense (MND) held a meeting on December 27 in Hanoi to check and approve a research project on building processes to identify remains of martyrs with insufficient information.

Reportedly, nearly 1.2 million troops and civilians sacrificed their lives during more than a half century of struggling for national independence, construction and defense causes, and doing international services.

Until now, units and localities nationwide have found and repatriated over 1 million remains. According to research, among 871,373 fallen soldiers’ graves in martyrs’ cemeteries across the country, only 15,493 have full information. 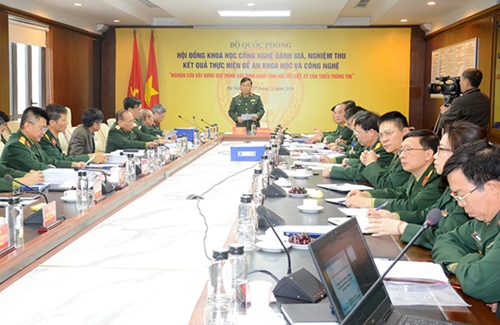 Accordingly, on January 14, 2013, the Government issued Decision No.150/QD-TTg approving a project on the identification of remains of martyrs with inadequate information.

The project was approved and highly valued by the Scientific Council.

Once being released, the project’s processes are expected to serve as a scientific and legal foundation for all relevant defense agencies and military units to identify remains of martyrs who lack information.